A little suspense never hurt anyone, right? If you've been following the story of Boise State's CM students and the hopefuls on its Heavy Civil Team, this is your official update on the outcome of the 24th annual ASC Region 6 student competition. 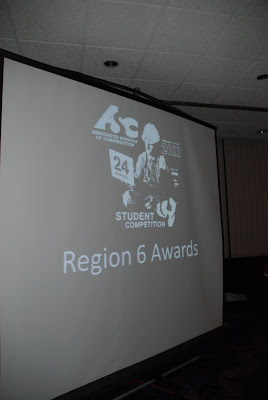 If you couldn't tell from the trophy in Heavy Civil coach Tom Woodall's arms below, the guys won FIRST PLACE, beating out second place Colorado State University and third place Montana State University. Montana has four of the plaques currently on the trophy. With this win, Boise State has three. As the team gathered on stage to accept the award, the massive Bronco contingent made some serious noise. Check back for a video of the moment of victory.
This means the team is bound for nationals in Texas, where they'll have a shot at showing they're the best in the country. 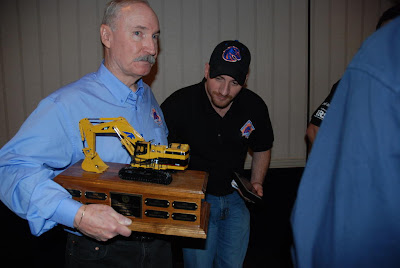 As if one win wasn't enough, two other Boise State teams placed in the top three in their categories. The Multi-Family Team came away with a huge second place, beating third place Southern Utah University and losing to BYU by a reported 3/10 of a point. 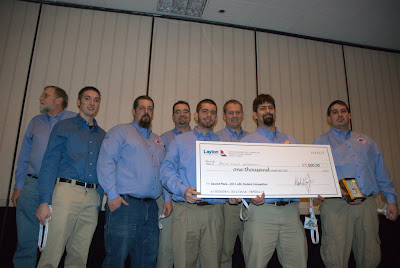 The Design Build Team also took second, beating powerhouse competitor Arizona State while Colorado State took first. They didn't look too disappointed with the distinction, and neither was the crowd. 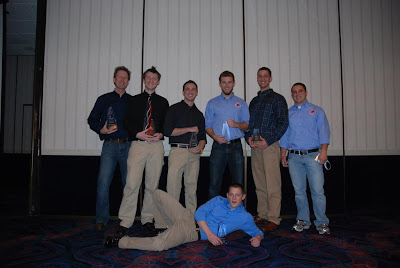 We won't know exactly how the other teams compared to their pools until the ASC tallies and posts all of the scores, but all should be proud of their hard work and achievement. Until next year, they can rally around the Heavy Civil trophy, which is soon to be adorned with a Boise State sticker. 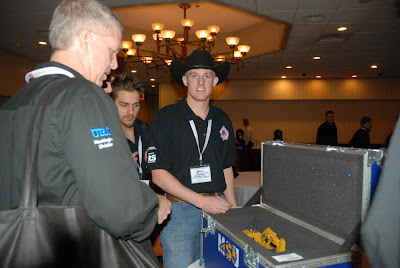 This week, in tandem with a formal media announcement, this blog will be the frame for a lot of particular recognition. Until then, thank you to everyone involved. It was unforgettable.
Posted by erinthemightyryan at 12:12 AM 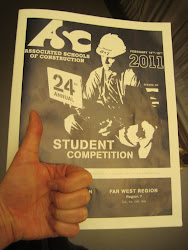 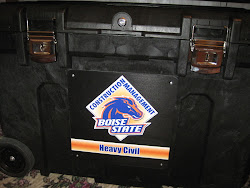 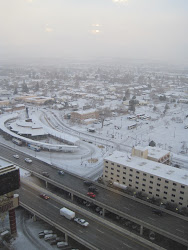 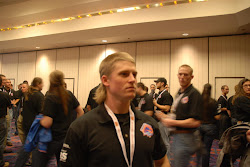 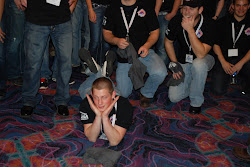 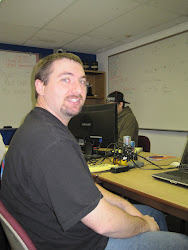 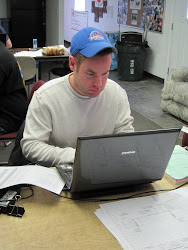 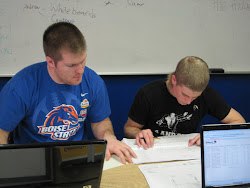 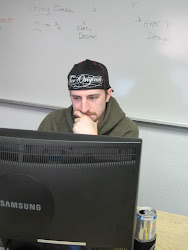 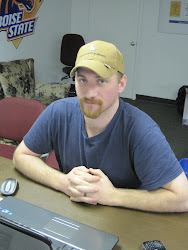 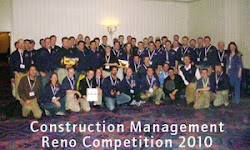 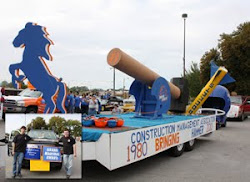